This week I was happily invited to join some other Colorado-based bloggers for a few adult snacks, refreshments and the opportunity to build a basket of goodies to take home. It was a great evening, put on by Glade’s parent company, S. C. Johnson’s wonderful PR team from Edelman in Chicago, to promote their Sense & Spray product. 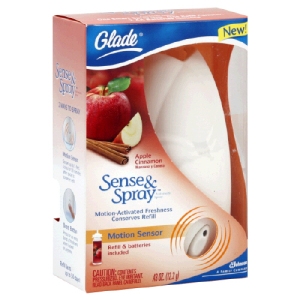 This event demonstrated Edelman actively identifies good people for brands to work with, and can put together an event that suits all parties. Edelman has fantastic staff, for a start. The company also teamed with social media expert, Ann-Marie Nichols, to ensure they are hitting the right targets.

If you ask me, Ann-Marie and Edelman are smart operators. After meeting/catching up with them on the evening, my belief is that the bloggers were hand-picked to represent ethical, good quality content providers who actively engage with their readers. Women who are authentic. At a time when companies are seeking out mommybloggers more than ever, there are now bloggers who do nothing more than run around the USA for the opening of every envelope. Smart companies, like Glade and Edelman, see beyond what I’ll call “the usual suspects.” (Yes, I’m biased. I was invited.)

Edelman’s staff were well equipped with plenty of information for us to take home in the best format – a USB drive. The activity of putting together our basket of goodies allowed us to chat about the product informally, and we also had fun coming up with possible names for a new Glade scent. (Yes, someone said Bacon. I said Aussie Bush. Ambiguity FTW.) I was so lucky to have Jen Goode so kindly say yes to drawing by freehand (magic marker) one of her lovely penguins on my mug. 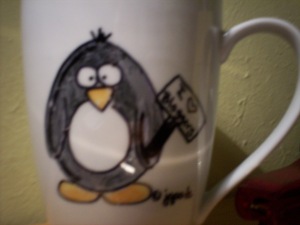 It has pride of place on my desk and reminds me how special women entrepreneurs like her are. I have always loved Jen’s designs and you can check the penguin ones out on her blog, and buy a whole range of stuff featuring them. She also does other designs too. She’s an amazingly talented woman in so many areas. I feel so lucky to have actually met her too now.

The event was a great success for Glade. The bloggers discussed myriad issues beyond and including the product, and we all came away feeling positive – and that associated value rubs off. Edelman gets it.

But the goal kick for me was the extra mile Edelman went for me. Here’s the thing:

We were all offered a basket to give away on our blog. Awesome. However, I asked if it would be okay for me to give it away to anyone, anywhere – given some of my readership is in Australia. Glade is a global brand, but I completely said I understand if that’s not okay. I just needed to be clear on my blog. On the spot, the Edelman ladies said “Absolutely, we will make it work. We will send the basket to anyone who wins.” So I’m stoked. I love that foresight and appreciation of my needs.

And I’m excited to give away this lovely basket of goodies to you, even if you’re an AUSSIE! 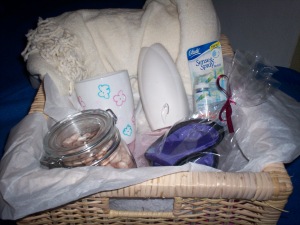 What you'll win! (The mug will be a fresh one that you can draw on. Great if you're like Jen Goode!)

The basket contains a snuggly IKEA blanket/picnic rug, Swiss Miss mix with mini marshmallows, eye cover, ceramic mug and some permanent markers to decorate it with, and the wonderful new Glade Sense & Spray plus a refill that we have had now in our bathroom for a few days. It smells great and with the refills costing under $4 each (USD), and them lasting about a month each, even graduate students and startups can afford it (ahem).

To enter is easy – Leave a comment below with your recommendation for a new scent for Glade, focused on Australia. It can be funny or serious. The winner will be picked by Harry and Charlie on Wednesday and I’ll contact you via Twitter/email (make sure you leave contact details). I’ll also announce the winner on the blog. Go for it!

Running a startup isn’t easy on anyone.

The glorious trails of successful entrepreneurs are littered with the scars of broken relationships and bitter resentment of cold dinners and missed birthday parties.

It takes a special kind of relationship to weather the storms of startup life. 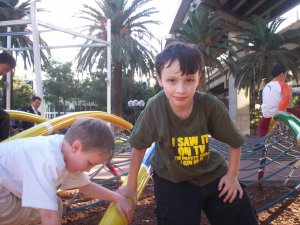 It takes a special kind of kid too. A kid who will understand that daddy or mummy can’t make it to every school function. That we can’t afford summer camp.

It takes a special kid who will say okay through his tears as he’s torn from his Australian home, his dogs, his school friends, because he knows that what we’re working on isn’t a normal sort of job like his friends’ parents have.

This week we have begun graduation celebrations for Harry as he completes year 5. I got to make a dedication to him the other day at school, as did all the other parents in his class to their kids.In typical startup style, I did this one alone because Jed’s in Silicon Valley at the moment. The Kleenex was really getting passed around that circle.

Why so much Kleenex? It was his teacher’s fault really. She got us to close our eyes and think of when we were having our child, their infancy, and years in elementary school. And then open our eyes and take our turns to speak from the heart to our child in front of everyone (you could pass if you wanted to, but nobody did – this is Boulder, after all ;)).

Now, I cry at the drop of a hat. I can’t walk into that darned school without automatically tearing up it seems (sigh). But for this dedication, while others were a bit of a mess, I hardly cried at all.

And while it surprised me at the time, I know why.

Harry is an incredible kid. He was made for the startup life. I won’t be a bit surprised if he ends up living it himself. (Good grief, I hope he scores a partner as well as his dad did ;)). Harry’s adaptability is remarkable. Many kids would have resented the move to the US, and that would have been understandable. Not Harry, even though he misses Australia very much.

Harry's idea of cleaning up his room

He’s no angel though. He has a cheeky side and he’s a daredevil. I was told of his decision to ride a waterfall while hiking, stopping just short of a massive drop – nearly giving everyone watching a heart attack. And we will never forget him barrelling down Eldora mountain on a snowboard without a single turn and nearly hitting a bus in the car park – grinning afterwards.

Everyone who knows us as a family will agree that Harry is the one who most wears his heart on his sleeve. He hugs everyone. Repeatedly.

He is honest and open. But he can’t sleep if he’s feeling bad about something – he has to get up and talk it through. And he has a strength of character and self-belief which overcomes every obstacle. He’s never said “I’ve had enough.”  He just keeps going. It’s that tenacity that is so inspiring and awesome.

And I can’t cry about that. I can’t cry about changes at all – for Harry the world is his oyster, and he’s loving the adventure. He doesn’t care that much about stuff he hasn’t accomplished yet – he’s just going to keep trying. And he’s not concerned about being the best at everything. He just wants to give it a go.

Last week his performance on drums at the big 5th grade concert that combined musicians from 3 schools was incredible. He was on time with every beat. He enjoyed it. And he’s such an individual, he wore his lucky hat too 😉

I can’t wait to see what he tries his hand at, and surprises us with, in Middle School. They’re gonna be lucky to have him. As are we.

Congratulations, Harry. We’re so proud of you, and grateful for all you give back to us every single day.

What a great night we all had at Ignite Boulder! The presenters were all wonderful, well prepared and community vibe was enormous. The ATLAS theatre was packed – you can definitely see why these were some of the hottest tickets in town leading up to the event. This community is incredible. I’m so grateful to have been welcomed into it.

It’s so kind of Glenn Letham to have filmed it all from the audience, and posted presentations on YouTube for everyone to see. (The official ones are going to be available on http://www.igniteboulder.com in the near future.) Here’s mine, courtesy of Glenn. By the way a sincere thanks to everyone who make it happen, and to the massive support and great feedback I’ve gotten. It was spectacular.

Posted in Events, home and family, media and journalism, papers and presentation, Uncategorized

Living in the USA is really similar to living in Australia. You know, there are schools, public transport, etc. But some things, little things, can make it seem really freaky. And that’s really fun.

For example, the mail. In Australia you have a home letterbox where mail is delivered to monday to friday. If you want to send snail mail, you go to the post office. Rarely do you get stamps anywhere else. There are postboxes in the streets, etc, and when you’ve stamped your letter (it’s 50 cents to anywhere in Australia for standard mail) then it’s good to go. It takes about a day or two to get wherever you send it to. Unless you’ve put money in it, then it might never arrive.

In Boulder you can buy stamps at the supermarket, and heaps of other places. There are nowhere near the plethora of post offices, but there are quite a number of shipping places that specialise in packages. 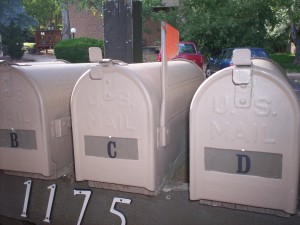 The really great part is that when you have a standard letter to post, you simply put it in your own letterbox and the mail carrier (the US version of the mail man) picks it up when they drop off your mail. All you need to do is raise the little red flag next to your letterbox.

Super cool. I’m pretty convinced this is why NetFlix, the movie rental service that works by sending the movies out to you via mail, has taken off in a big way here. It’s all so simple.

Posted in home and family